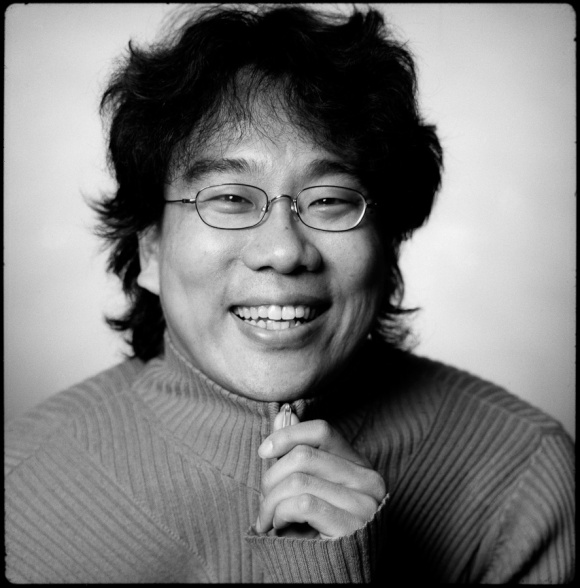 Ignore that everyone in Bong Joon Ho’s “Snowpiercer” seems dubbed and that the story is a conventional take on its subject–the oppressed rising up against the powerful.  It’s the wildly inventive, eye-popping visuals–gorgeous sets, FX, clever costuming–that make the film a must-see.

In an apocalyptic miscalculation, an attempt to reverse climate change turns the dial 180° and the earth is plunged into a second ice age forcing the small band of survivors to live on a sealed train, endless circling the frozen planet.

The poor, who boarded with no possessions and less status, live in near monochrome in the windowless caboose/slum, and are severely cramped, malnourished (subsisting on “protein blocks”), cold and dirty.  The wealthy live in splendor, all their needs serviced in the elegant (albeit narrow) train cars–sushi bar, disco, swimming pools, sauna, beauty salon, food cars (greenhouse, aquarium and abattoir), hospital, tailor and a school for their children.  And all is powered by the lead car, “the eternal engine,” run by its creator and the train’s absolute authority, Wilford (Ed Harris), whose quarters are sumptuous.

But seventeen years after the boarding, a young hero, Curtis (Chris Evans), rises and leads a rebellion to liberate the inhabitants of the tail section, pushing forward to ferociously battle security forces commanded by Mason (Tilda Swinton sporting an array of prostheses, a wig and oversized 80s glasses) in an attempt to capture the engine.

“Snowpiercer,” to date South Korea’s most expensive film ($40+ million) may hold its own against the American summer blockbusters made for many multiples of its budget, but it’s ultimately less interesting than Bong’s earlier films “The Host” (2006) and “Mother” (2009).  Stream them for genuine genre excitement.

“Snowpiercer” will open in select cities on Friday, June 27, including New York, at the Film Society of Lincoln Center’s Elinor Bunim Munroe Film Center (with a Q&A with Bong Joon Ho at the 6:15 pm screenings on Friday and Saturday), and Los Angeles and will expand on Wednesday and next Friday.